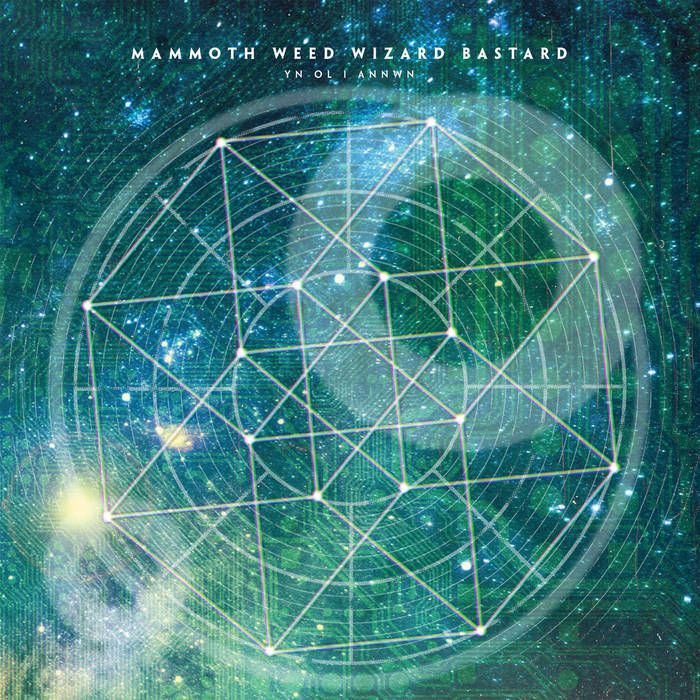 Reek Of STOOM For their fourth outing, The Welsh cabal summon up the dead spirit of DikMik to deliver the very Echt of Psychedelic Doom...Outstanding! Favorite track: The Majestic Clockwork.

Marco Berg MMWB heading deep into progressive space rock territory without losing the heaviness! This is material for AOTY. Favorite track: The Spaceships Of Ezekiel.

𝔩𝔬𝔲𝔡-𝔮𝔲𝔦𝔢𝔱-𝔩𝔬𝔲𝔡 Within the tectonic rift where the heavy and sublime coincide, stand four denizens of doom, instruments at the ready. All around them, cosmic vessels rise from the abyss and bastard wizards ride atop mammoths. As Katyusha watches from the riverbank, the sorceress le Fay triggers the metronome. A moog is sounded. Yn Ol I Annwyn has begun... Favorite track: Yn Ol I Annwn.

Drivel Headed Shill Machine From the thick, heavy, swirling blue-green haze calls a siren. Dare I follow those eerie calls? Daring be damned! I am bound!

Forward-marching riffs are enhanced by moog embellishments that emanate from phantoms of the cosmos. This had me dancing on the rug when the monster grooves hit. Favorite track: Katyusha.

Darren Wheatcroft headphones, a dark room and a glass of wine. stick this album on and that's pretty much a perfect evening. love the majestic clockwork especially.

Down For The Count

Titled ‘Yn Ol I Annwn’, Welsh for Return To The Underworld’, it is the third part of the trilogy of albums that began with ‘Noeth Ac Anoeth’ in 2015 and 2017’s ‘Y Proffwyd Dwyll’.
The final phase of the band’s first intergalactic voyage if you will.
The eight songs that comprise thes album, sees the band delve deeper into their collective influences, embracing full on space rock, atmospheric film soundtracks, melancholic acoustic interludes, psychedelia, cosmic moogs and percussion, moments of introspection and light … and of course, large helpings of doom. The fat riffs, big hooks and endless space grooves are all present and correct.
And once again Jessica Ball’s voice glides over it all, both sweet and melancholy, yet this time more assured. A myriad of stacked harmonies and layered vocals weave in and out of the tracks, adding an ‘other-worldly’ melodicism to the songs.
In fact the album as a whole, is very much a sonic journey into some cosmos on the edge of forever. Just turn off the lights, turn up the volume and be transported to dance at the end of time.
The band’s music has developed and been honed over the previous two records, but there is no doubt that they have distilled the essence of MWWB into this one. Previous comparisons to Windhand, Yob, Sleep. or whatever, are rendered completely redundant with ‘Yn Ol I Annwn’.
No one else is pushing the boundaries of heavy like MWWB.
Mammoth Weed Wizard Bastard sound like Mammoth Weed Wizard Bastard, full stop.

3 ape descendants and an astral seraphim combining their powers to generate colossal interstellar arias of plutonium weight. We are the ideal soundtrack to your next intergalactic voyage or black hole exploration. Druid Doom Riff Technologies v1.6.

Bandcamp Daily  your guide to the world of Bandcamp

Featuring Oakland sounds from the Smart Bomb collective and Samplelov.